The maximum 13 and minimum 9 judges who constitute the jury for the EMYA award scheme are appointed by the EMF board of trustees from across the 46 member states of the Council of Europe.

The EMYA judges represent different professional disciplines, high level practical and theoretical museum experience and museological competences, as well as a diversity in gender and age, national, regional and cultural background. They bring extensive knowledge, enthusiasm and expertise to the judging debate, ensuring that each years the winning museums are truly outstanding and diverse.

Judges observe clear rules of conduct and rotate on a strictly defined schedule of 3 (x2) years of service. They are not remunerated for their services, but expenses for travel are covered. They are bound by a strict confidentiality agreement and are required to declare any conflict of interest, to protect the integrity of the judging and selection process. 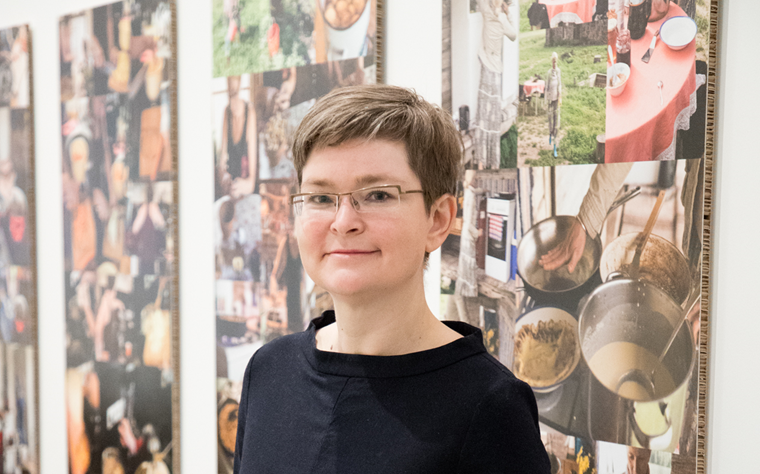 Agnes believes that museums are relevant to people and that participation supports cultural institutions to be relevant to visitors and users. She is interested in knowledge based technological solutions and cultural and economic creativity that heritage can support.

Agnes Aljas is a Research Secretary of the Estonian National Museum. She has studied history, ethnology and communication (University of Tartu, University of Turku and University of Aix-en-Provence).

Agnes is giving lectures on memory institutions at the University of Tartu. Her research interests and recent publications focus on audience studies, cultural participation and contemporary collecting. She was part of the team of the new building project of the Estonian National Museum (EMYA 2018, Kenneth Hudson Award).

Agnes is the chair of ICOM Estonia and a board member of ICOM’s International Committee for Museums and Collections of Ethnography (ICME). She joined the EMYA judging panel in January 2021. Beat believes that museums have a creative power to launch debates, to open doors and to involve people. Just do it.

Beat Hächler is the director and curator at the Swiss Alpine Museum in Bern, Switzerland. He studied contemporary history (focus on Spain), German literature and media science in Bern and Madrid, followed by a master’s degree program in scenography in Zurich some years later.

He is interested in contemporary every day life issues and co-developped under these aspects over 18 years the profile of Stapferhaus Lenzburg (EMYA winner 2020). In Bern, he transformed the Swiss Alpine Museum since 2011 with a temporary exhibition hall, opening new perspectives beyond the Alps for global issues. Since 2020 he is part of an experimental transformation process, shaping the local existing museum cluster into a new collaborative museum’s quarter.

Beat was a board member of ICOM Switzerland and he is still active as author and curator reflecting contemporary museological practices.

AMINA KRVAVAC, BOSNIA AND HERZEGOVINA (Chair of the EMYA Jury) Amina believes in museums as spaces for social action and drivers of change, and she is particularly interested in unlocking the potential of museums in transitional justice processes.

She is committed to creating exhibitions and workshops that support open and conscious dialogue, and to promoting the idea of museums as platforms for societal healing and reconciliation.

Amina is a member of the Board of Directors of the International Coalition of Site of Conscience Europe – a network of museums, historic sites and memory initiatives connecting past struggles to today’s movement for human rights. She joined the EMYA judging panel in January 2021. Bernadette has long been interested in whether museums can be ‘useful’ to contemporary society – useful in a troubled world. She challenges notions of ‘helpfulness’ as ultimately disempowering, and favours instead the idea of the ‘useful museum’.

Bernadette Lynch is a writer, lecturer and researcher in museum theory and practice. She has thirty-five years’ experience in senior management in UK and Canadian museums. Formerly Deputy Director at the Manchester Museum, University of Manchester, she has an influential international reputation for ethical, innovative participatory practice focusing on decolonisation; power; democracy; debate; conflict; contested collections; difficult subject matter and activism. She is known for examining the everyday ethics of museums in their relations with others. She’s interested in museums that are consciously transcending being ‘helpful’ and thus dis-empowering. She looks for museums that are co-creating social change through close collaboration with those existing in society’s margins.

Bernadette, actively promotes those museums that are mutually ’useful’ collaborators in a way that is transformative for all concerned. Her writing, research and consultancy concentrate on democratic social change through critical collaboration with diverse communities, and in leading museum transformation. She publishes widely on participatory democracy in museums, and on ‘useful museum’ practice. She is Honorary Research Associate, University College London. 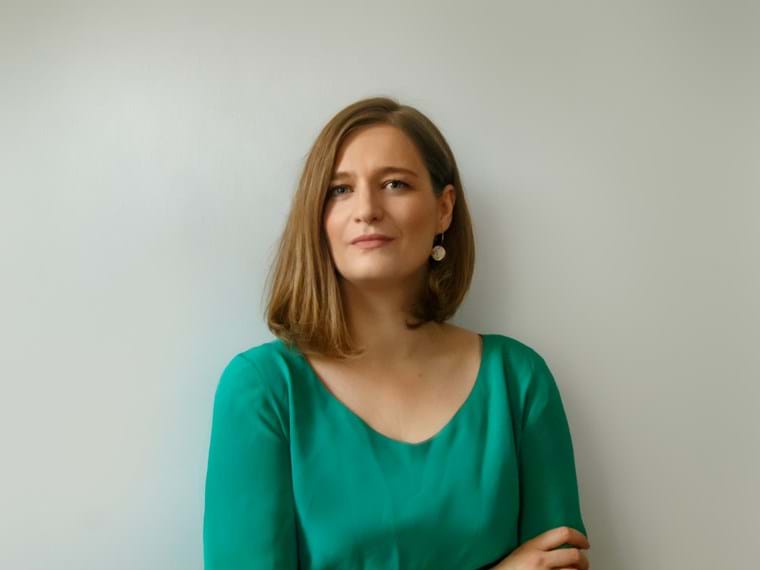 Dominika is interested in how museums interpret the changes that occur in the culture of any given land and how new technologies affect the image of a museum.

Dominika Mroczkowska-Rusiniak is a cultural manager. She studied cross-cultural psychology at the University of Social Science and Humanities in Warsaw, Poland and history at the University of Warsaw and Ca’ Foscari University, Venice, Italy. She also obtained a post-graduate diploma at Warsaw School of Economics, Poland.

Among other professional engagements, she worked at the Peggy Guggenheim Collection in Venice and the National Museum in Warsaw. Since 2016 she has been working at the National Institute for Museums and Public Collections, where she manages an education project and co-organizes various museum award schemes.

She has been a long time national correspondent for EMF. She also lectures at the Faculty of Journalism, Information and Book Studies at Warsaw University. 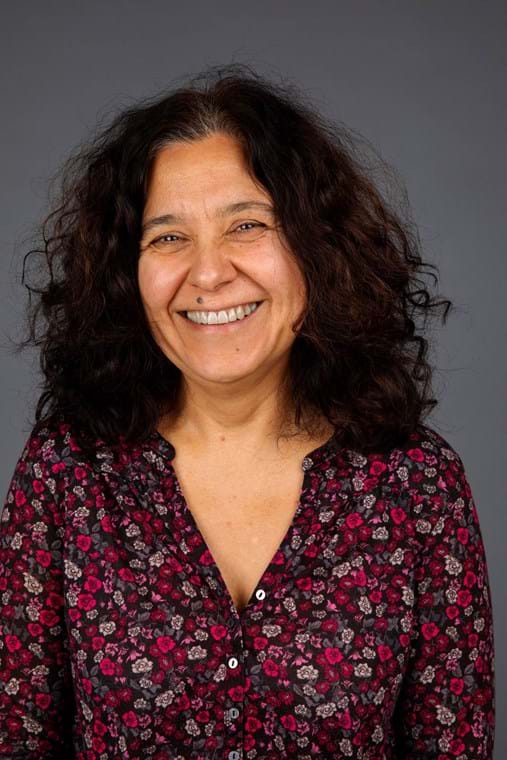 Adriana is interested in the relationship between museums as institutions and the current political situation around the world, in how museums construct discourses and ideology using collections and objects, and what their underlying purposes are.

Adriana Muñoz is a curator at the National Museums of World Culture, Sweden. She wrote her PhD in Archaeology about the relationship between collecting, labelling and political structures. She has long experience of working in museums and has worked on numerous exhibitions.

She works with ICOM (International Council of Museums) on problems around the illegal import/export of archaeological plundered objects from Latin America. Further, she has participated in several research projects in different countries since 1998 and has collaborated with a number of universities in Europe and Latin American, not only concerning archaeology, but also questions of heritage. She is a member of Americanist and museological groups; and a referee for the Journal of Museum Management (Canada) and for the Nordisk museologi (Scandinavian), as well as for the Argentinian Fund for Scientific Research and Technology.Recently she has also worked with questions of repatriation. 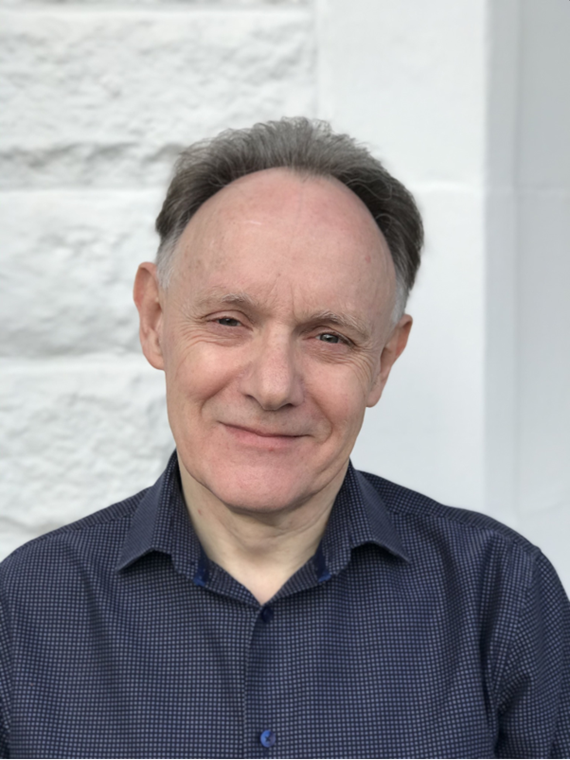 Mark is interested in the social purposes of museums and in the health benefits of cultural participation.

Mark was Director of Policy & Research for Glasgow Life, the charity which delivers arts, museums, libraries and sports services for the City of Glasgow from 2009 – 2016. As head of Glasgow Museums from 1998 – 2009 he led the teams which established the St. Mungo Museum of Religious Life and Art, refurbished Kelvingrove Art Gallery & Museum and created the Riverside Museum (EMYA 2012). Born in Canada, and brought up in Greece, Mathieu is interested in cross-cultural studies of museums in contemporary contexts. He sees museums –of any kind– as being inclusive spaces that enable and empower diversity and generate meaningful social experiences.

Mathieu is director of the Office de coopération et d’information muséales (Ocim), a national observatory and think tank on museums and heritage co-funded by the Ministry of Higher Education, Research and Innovation and the University of Burgundy, France. He has more than 15 years’ experience working in national museums and universities in Canada, Spain, the Netherlands, France, and Luxembourg. He also conducted extensive field research in South America, primarily Bolivia, where he spent a total of six years, as well as Brazil, where he has been working with colleagues since 2014 in the design of teaching and community engagement initiatives. Mathieu has also been developing research collaborations and workshops in Spain since 2012, particularly in Catalunya and the Basque Country. At ICOM (International Council of Museums), he serves on the board of Museum International and, since 2022, hosts the newly created ICOM Voices podcast.

Mathieu received his PhD in 2011 from the School of World Art Studies and Museology, University of East Anglia, UK. His research interests include co-curation, managerial curatorship, museum activism, memory and postmemory, politics of representation, and citizen engagement and participation. Friedrich regards museums as sites where collaborative work can manifest change that expands far beyond their walls.

Friedrich von Bose is a curator and scholar of European Ethnology and museology. Since October 2020 he is Head of Research and Exhibitions at the State Ethnographic Collections of Saxony (Dresden State Art Collections) with three ethnological museums in Leipzig, Dresden and Herrnhut. There, he is responsible for the restructuring and new conception of the three sites.

Throughout his professional career, Friedrich has worked at the intersections of critical museology and curatorial practice, and has been concerned with the question how museums can be decolonized. Before his current post, he was deputy chief curator of Humboldt University of Berlin’s exhibition spaces in the Humboldt Forum (2017-2020). He is lecturer in culture-reflexive management at the Center for Advanced Studies of the University of Basel since 2016 and Associate Member at the Centre for Anthropological Research of Museums and Heritage (CARMAH). Also, he is Associated Investigator of the Cluster of Excellence "Matters of Activity. Image Space Material". For his PhD he undertook a multi-year ethnographic study of the planning process of the much-contested Humboldt Forum (Das Humboldt-Forum. Eine Ethnografie seiner Planung, Kadmos 2016). To him, working transdisciplinary across institutions and professional fields is both exciting and a central means to collaboratively create meaningful change.