For 2021, the museum which has won this award, is located in a beautiful city with centuries-long history that serves as its setting. The museum's high-quality renovation has transformed it into a fully accessible heritage site which now feels like an open welcoming house, designed to serve the needs of all of its guests. Gruuthusemuseum, one of thirteen museums in Musea Brugge, a municipal entity, is dedicated to the city’s 500-year history. Housed in one of the few remaining 15th-century city palaces, the museum is named for its most famous resident, the Flemish nobleman Louis de Gruuthuse. The museum was established in 1883 by the Société Archéologique for its collection. The city of Bruges purchased the Gruuthuse palace in 1875 and dis- played the collection there. In 1955, the city acquired the collection, which had greatly expanded over the years, and initiated a ve-year renovation project in 2014.

The renovation included not only the Gruuthusemuseum itself and its courtyard, which was levelled and repaved to make it wheelchair accessible, but the entire heritage site, including neo-Gothic buildings opposite the palace and Church of Our Lady. The palace, now a museum, and church are two monumental landmarks that form the heart of Burgundian Brugges. A striking new reception pavilion was also added. A remarkable crowdfunding campaign supported the restoration of De Gruuthuse’s private chapel, with its original 15th-century oak plank floor and panelling. This extraordinary chapel connects the palace and the church. Most of the palace windows have been opened and special filters and glass installed in order to bring daylight into the rooms and offer beautiful views that connect the palace to the city, a UNESCO World Heritage Centre. In accordance with De Gruuthuse’s motto, “Plus est en vous’’ (There is more in you, or more colloquially, you can always surpass yourself), the restoration and refurbishment are of the highest quality.

To step into the renovated palace today is to travel in time. The permanent exhibition within the palace’s evocative rooms is no longer a Wunderkammer of decorative and applied art. Instead, a multilayered exhibition featuring highlights from the collection presents a history of Brugges that extends from the prosperous medieval period and lesser known 17th and 18th-centuries to the neo-Gothic revival of the city in the 19th-century.

From the outset, the team has made accessibility, both intellectual and physical, a priority so that all visitors can fully experience this heritage site, its exceptional objects, and stories. For the visually impaired, there are excellent tactile stations in all rooms and visual description audio guides throughout the building. The hearing impaired receive a tablet in both Flemish Sign Language and International Sign Language. Models of the building and replicas of objects offer three-dimensional and tactile modes of interpretation and communication. Interactive multimedia elements have been integrated into the tactile tables. The museum has also trained all 80 guards and reception staff how to make impaired visitors feel welcome.

With this new approach and participatory projects and activities, the museum has succeeded in attracting not only international tourists, but also the diverse inhabitants of Brugges and Belgium. Gruuthusemuseum is fulfilling its mission to be “an open house where everyone feels welcome”.

We are very proud that the Gruuthusemuseum is The Winner of the Portimão Museum Prize 2021! It is an honour for the whole museum staff of Musea Brugge, for all the colleagues and the council of the city of Bruges.

The museum's high-quality renovation has transformed it into a fully accessible heritage site which now feels like an open welcoming house, designed to serve the needs of all of its guests. We are happy the jury could appreciate this.

Musea Brugge would like to thank the European Museum Forum and the EMYA jury for for the prestigious prize. We will cherish the award, also as an inspiration for next projects. And we are looking forward to a further exchange of our experience with the museum world and our public. 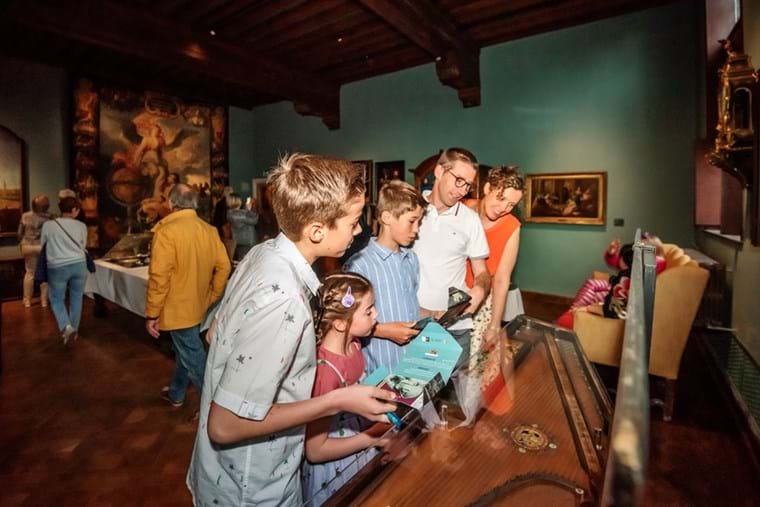