GULAG HISTORY MUSEUM, THE 2021 WINNER OF THE CoE MUSEUM PRIZE WAS AWARDED DURING A SPECIAL CEREMONY IN STRASBOURG'S PALAIS ROHAN

At a special ceremony that took place on 22 June 2021 in Strasbourg’s Palais Rohan, the Gulag History Museum (Moscow, Russian Federation) was awarded with the 2021 Council of Europe Museum Prize and received its trophy. The museum was selected by the Culture Committee of the Parliamentary Assembly of the Council of Europe (PACE) on 5 February 2021. 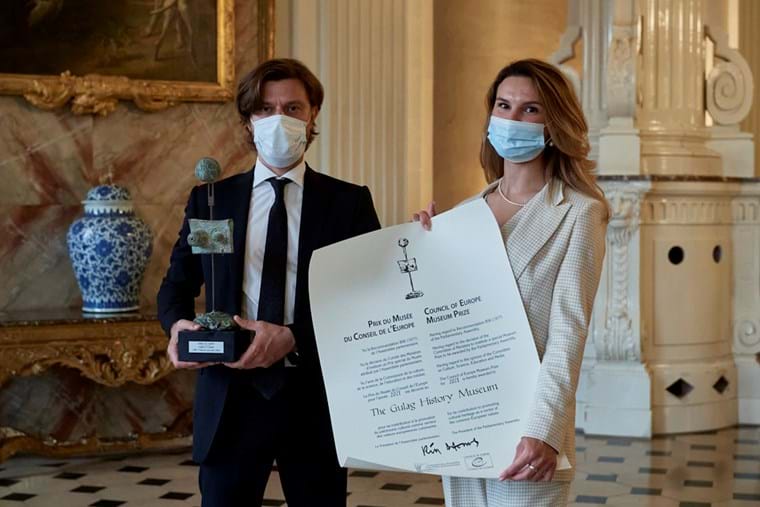 The ceremony brought together the representatives from the PACE, Gulag History Museum, European Museum Forum as well as the Deputy Mayor of Strasbourg in charge of Arts and Culture.

Presenting the Museum’s Director Roman Romanov with the trophy, a bronze statuette by Joan Miró entitled “La femme aux beaux seins”, PACE President Rik Daems congratulated the winner and said as a human rights museum, the GULAG History Museum “tackles, with rare honesty, some of the very difficult issues about human rights, democracy and the rule of law in the 20th century” and has “a dual focus on the crimes of the state and the fate of its citizens, with an emphasis on how the victims maintained their dignity under dehumanising conditions”.

“While focusing on a dark period in Soviet history, this museum’s European perspective is expressed in its commitment to European democratic values: political freedom, the freedom of expression, the rule of law, the defence of human rights, and the role of civil society,” he added.

Expressing his thanks, the Museum’s Director said: “This recognition from the international museum community and the Council of Europe encourages us to continue carrying out the mission that we have projected for our institution - telling the history of the mass repression and thus encouraging reflection on the value of human life.”

The Chairperson of the European Museum Forum, which has organised the prize selection procedure and jury since 1977, as well as the Deputy Mayor of Strasbourg in charge of Arts and Culture, both emphasised the important role of museums in promoting democratic values in society. In difficult times, such as the COVID crisis, support from the public authorities was important, they both underlined.

During her speech, Jette Sandahl, the EMF Chairperson, said: “Framed and rooted from the early beginning in the 1970’s in the close relationship with the Council of Europe, EMYA has always been embedded in an explicit set of social and humanitarian values, including those of citizenship and democracy, human rights, diversity and inter-cultural dialogue. Most poignantly these values are of course expressed and epitomized in the Council of Europe Museum prize itself. How these values evolve and are interpreted over time, is one of the most dynamic and interesting undercurrents running through museum innovation these years.”

“Digging deeper than the official historical narratives is never easy, for any museum, in any country, in any context. Currently, across Europe, self-critical reflections of conflicted periods of a nation’s past involve revisiting and reinterpreting both museum collections, monuments and sites,” she added, reminding the importance of using the knowledge and resources of the winning museums in a wider societal context.

Being part of the European Museum of the Year Award scheme, the Council of Europe Museum Prize has been awarded annually by the Parliamentary Assembly since 1977. It aims to encourage the contribution of museums to a greater understanding of the rich diversity of European culture.

Official announcement from the PACE

Photo gallery from the special ceremony 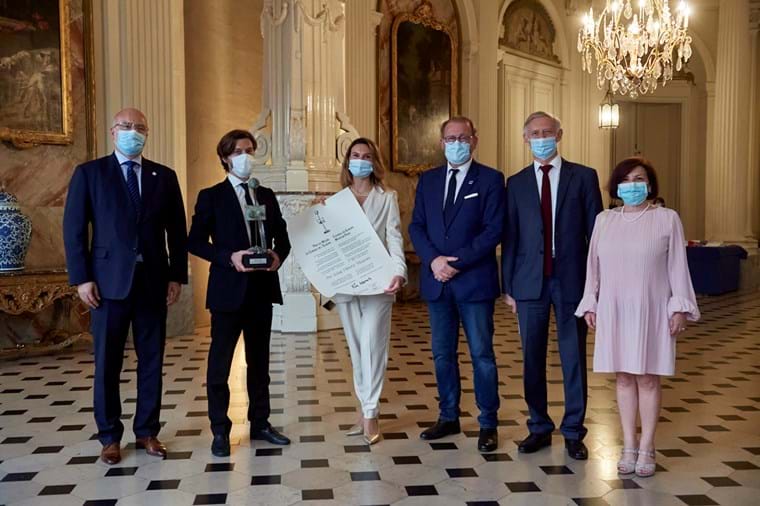