For 2020 the Portimão Museum Prize goes to a museum which is exceptional in its commitment to cultural and intellectual access. It creates inspiring experiences for the widest possible range of visitors, enabling them to explore the relationship between contemporary art and contemporary life. 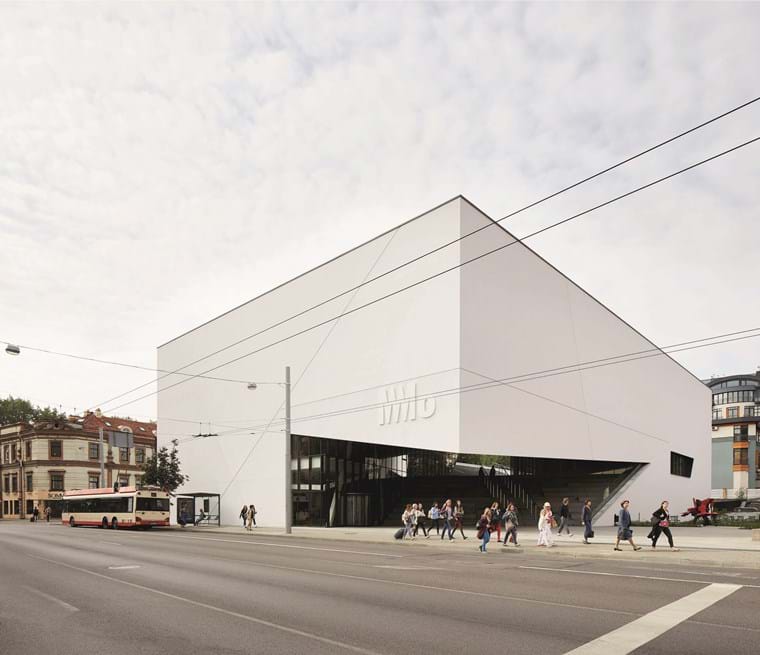 MO Museum is dedicated to modern art created in Lithuania during the Soviet period, but not collected
at the time, and art created since Lithuania regained independence. The collection and the museum are the result of a private initiative in the public interest. The museum’s founders, Danguolė and Viktoras Butkus, have set a shining example in a part of the world where private philanthropy in the cultural sphere is a rarity.

In record time, a novice team learned from the best international examples and surpassed them. Located on the site of a beloved cinema that had to be torn down, the museum project, with strong community support, saved the site from commercial development. Daniel Libeskind has designed a building that is both functional and makes a strong architectural statement on the main street of Vilnius.

Visible from the main lobby is open storage, which re- veals the collection depository and those working in it. The collection, which consists of more than 5,000 modern and contemporary Lithuania works of art from the 1950s to the present, is one of the largest private art collections in Lithuania and was designated of “national significance” in 2011. Suppressed under the Soviets for ideological reasons, many of these works are by artists not represented in national collections and were not previously exhibited. The collection and MO Museum’s programmes not only ll a gap in European art history, but also place modern Lithuanian art within an international context, after decades behind the Iron Curtain.

A hallmark of MO Museum’s approach to exhibitions is accessibility, with visitor experience their top priority. Their overall approach is to explore the relationship between contemporary art and contemporary life. They challenge their visitors with difficult historical subjects and complex issues of identity. Exhibitions are organised around a compelling theme: “All Art is about Us”, “Animal – Human – Robot”, “Shared Habitats”, and “The Origin of Species: 1990s DNA”, among others. Rather than offering art history or art appreciation classes, MO Museum’s educational programme focuses on developing such 21st-century competencies as critical thinking, visual literacy, and emotional intelligence.

This museum has almost singlehandedly transformed the cultural sector and in particular the visual arts scene in Vilnius and in Lithuania more generally. The museum was created in response to what was seen as an urgent need to increase participation in culture and especially in museums – only 32% of people were visiting museums, whereas 61% were going to performing arts events. MO Museum turned this around by creating one of the most visitor-centred museums in the Baltics and by demonstrating a new quality in cultural management.

What makes this museum so worthy of the Portimão Museum Prize for Europe’s Most Welcoming Museum is its success in reaching visitors with little if any experience or previous interest in contemporary art. Times are set aside for parents with their babies, and a special event was organised during the opening season for taxi drivers and their families, many of whom had never visited a museum. This is a welcoming place, with low barriers of entry both physical and cultural - truly a place for everyone. 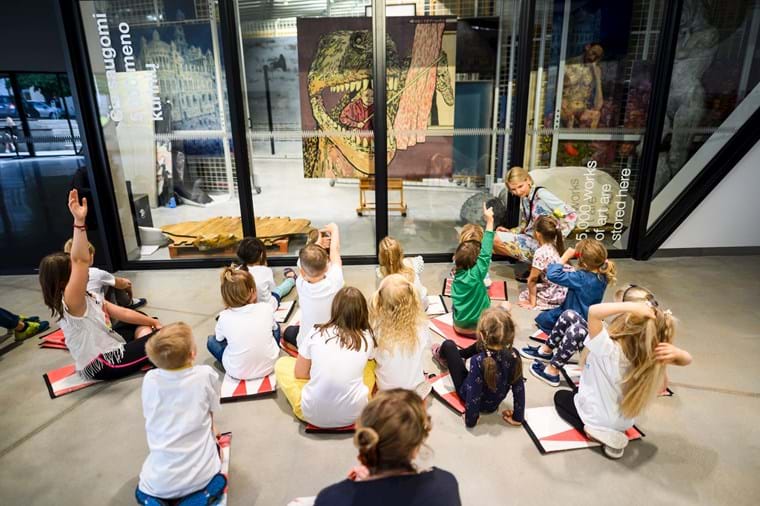